By Time's Up Now

TIME'S UP marks nearly two years since its genesis with a new leader, a new innovation center, and a bold, inclusive vision built to last.

TIME’S UP™ Now and the TIME’S UP™ Foundation announced today that Tina Tchen will assume the role of president and CEO of the organization, effective November 1. As the co-founder of the TIME’S UP Legal Defense Fund™ and a proven advocate for women for the last 40 years, Tchen was the ideal leader at this critical inflection point in the organization’s story.

“Tina knows the power and opportunity of TIME’S UP as a valuable ally helping bring this organization to life early on,” said Shonda Rhimes, a principal founder of TIME’S UP. “Tina’s talent and unique skill set perfectly suit her for this role and time, and will help ensure our continued progress towards meaningful change.”

What started in entertainment has since grown to other industries and geographies, representing women of all kinds across race and economic backgrounds. Two years in, TIME’S UP has emerged as a powerful force for safe, fair, and dignified work by taking on issues ranging from equal pay to sexual harassment.

“I have been a single working mother throughout my career, and I have never witnessed such an inspiring and honest conversation about the challenges facing women and all workers, including sexual harassment, power, and equity,“ said Tina Tchen. “I am more optimistic than ever that we can create workplaces where everyone has an equal opportunity to reach their full potential and, in this new role, I’m determined to make it happen.”

A former assistant to President Obama, executive director of the White House Council on Women and Girls, and chief of staff to First Lady Michelle Obama, Tchen has worked for decades to advance gender equality, particularly for working women; at the White House, Tchen spearheaded the first-ever White House Summit on Working Families and helped form the White House Task Force to Protect Students from Sexual Assault.

“Tina Tchen will bring her formidable energy, legal chops, and famously irrepressible optimism and compassion to this work — we are so lucky she has picked up the banner,” said Meryl Streep, a principal founder of TIME’S UP. “TIME’S UP will march on under her sharp, focused leadership. I salute her and thank her.”

Currently, Tchen is a lawyer who leads Buckley LLP’s workplace culture practice, advising organizations on gender inequity, sexual harassment, and diversity in the workplace. She serves on numerous strategic advisory boards for organizations, businesses, and nonprofits, including the United State of Women (USOW), a national organization amplifying the work of groups throughout the country working to combat gender inequality. She will continue to co-chair USOW together with Valerie Jarrett.

Tchen co-founded the TIME’S UP Legal Defense Fund with Robbie Kaplan, Fatima Goss Graves, and Hilary Rosen in 2017; since launching in January 2018, the Fund has connected more than 3,600 workers facing sexual harassment to attorneys. Those reaching out to the fund come from every industry and two-thirds identify as low-wage workers. The Fund has committed to helping with attorney’s fees, costs, and/or public relations assistance in over 200 cases of workplace sexual harassment, including cases involving farmworkers, waitresses, FBI cadets, sales people, military personnel, fast food workers, actresses, opera singers, and paramedics.

“Tina is one of the wisest, toughest, and most grounded people I know, but most of all, Tina has a generous heart which always steers her unerringly toward justice and equality,” said Robbie Kaplan. “We could not be more fortunate to have someone with Tina’s strength, vision, and calm fierceness leading us on the journey ahead.”

Tchen will take over from interim CEO Rebecca Goldman, who has led the organization since February 2019. Goldman will continue as the organization’s Chief Operating Officer.

“Tina Tchen as the CEO of TIME’S UP is a dream come true,” said Eva Longoria, a principal founder of TIME’S UP. “She has been with us since the beginning, honoring our commitment to transform work for women everywhere.” 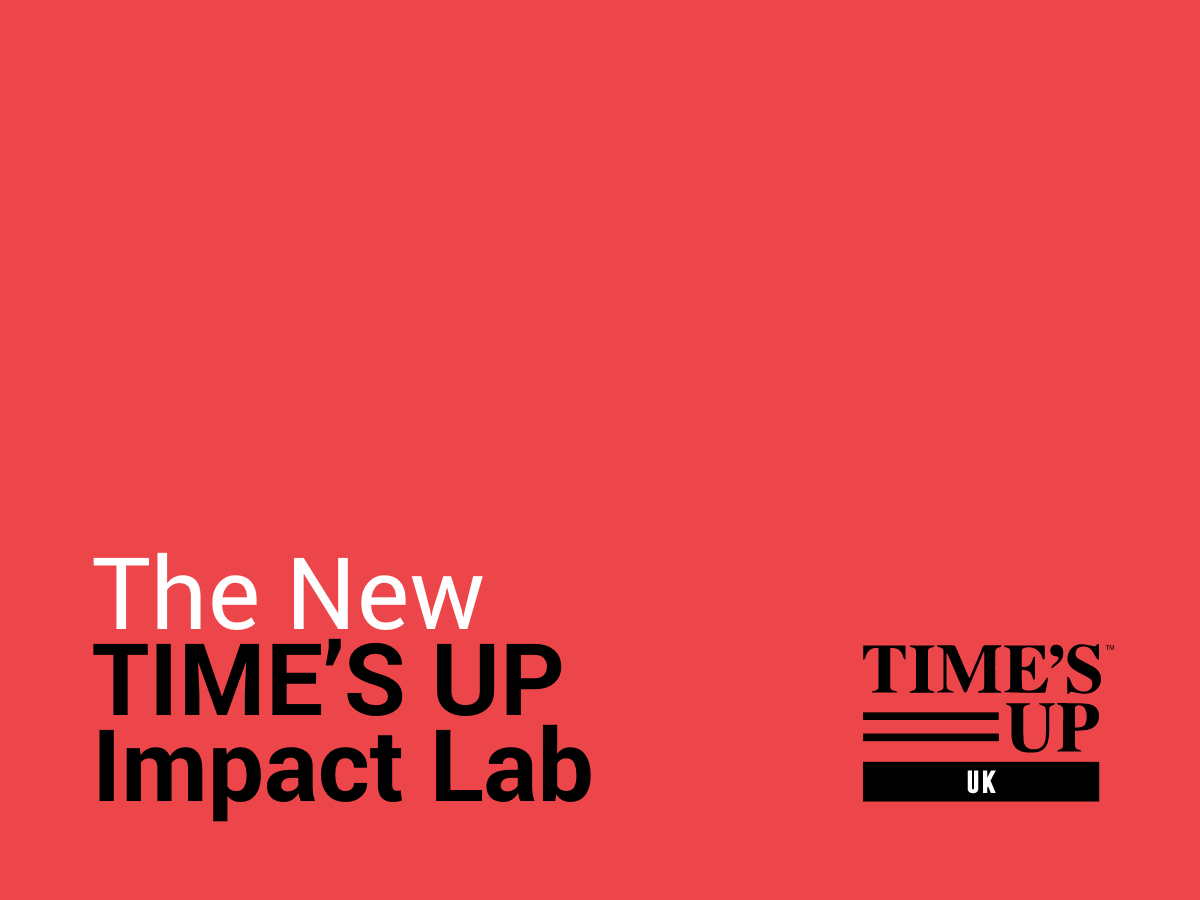 The New TIME’S UP Impact Lab

The CEO announcement also comes with the launch of a new innovation center, the TIME’S UP Impact Lab. The Impact Lab will pioneer research driving toward public policy, private sector, and culture change to address sexual harassment and other forms of discrimination, as well as broader systemic inequality and injustice at work.

Started with a generous grant from Pivotal Ventures, an investment and incubation company founded by Melinda Gates, and led by Jennifer Klein, a global expert on gender issues and the chief strategy and policy officer at TIME’S UP, the cutting-edge Impact Lab will develop research and policy innovations and craft solutions to help transform work for the better.

“I am optimistic about the change we all want—and need—to see in this country because of organizations like TIME’S UP that drive forward progress for all women,” said Melinda Gates, who last week outlined Pivotal Ventures’ three-pronged approach to accelerating women’s power and influence in the U.S., which includes supporting the TIME’S UP Foundation. “The Impact Lab is a critical initiative to ensure that the workplace becomes what it should be: a place where everyone can thrive, not a barrier to safety and success.”

“There is so much opportunity for everyone, around the world, to get involved with TIME’S UP,” said Dr. Esther Choo, a co-founder of TIME’S UP Healthcare. “Tina is setting a course for change that will engage so many people who are ready to step up and build a world where every person can work and live with safety and dignity.”

A leading voice in the national conversation to end sexual misconduct, gender inequity, and discrimination, Tchen has addressed these issues at several recent high-profile events, including Women Deliver, Sydney Opera House’s All About Women, Forbes’ I.D.E.A. Summit, the Wall Street Journal’s Future of Everything Festival, Vanity Fair’s Founders Fair, and the Milken Institute’s Global Conference, among others.

“Tina has spent her life working to dismantle the unjust systems that have held women back for centuries,” said Katie McGrath, a principal founder of TIME’S UP. “With Tina at the helm, we will continue to push for policies and solutions that ensure safe, fair, and dignified work for all women – no matter where they work.”